There is always an argument about whether clients are well served by choosing big law firms.  Well, Bloomberg BusinessWeek did a long article in May 2013 where it discussed how big firms are cratering.  A couple of things stood out in my mind:

1.        According to Altman Weil, a leading management consultancy specializing in law firms, “there are no economies of scale in private law practice.” Yes, you read that correctly: “Larger firms almost always spend more per lawyer on staffing, occupancy, equipment, promotion, malpractice, and other nonpersonnel insurance coverages, office supplies, and other expenses than do smaller firms.”  And

2.       The lawyer you think you are hiring at the big law firm may be gone tomorrow and, in any case, is probably not the lawyer who will actually be handling your case.

Posted in Uncategorized | Comments Off on big vs little

And you thought a short contract was best

Do you remember the Hobbit?  The contract Bilbo made with the dwarves seemed quite short didn’t it?  In case you forgot, this is what it said:  “For your hospitality our sincerest thanks, and for your offer of professional assistance our grateful acceptance. Terms: cash on delivery, up to and not exceeding one fourteenth of total profits (if any); all travelling expenses guaranteed in any event; funeral expenses to be defrayed by us or our representatives, if occasion arises and the matter is not otherwise arranged for.” 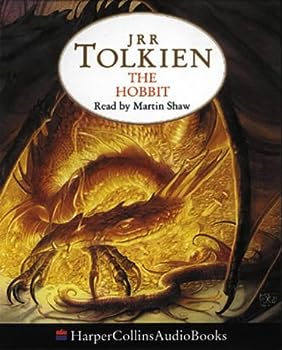 Cover of The Hobbit

But words alone are not always enough to understand exactly what the contract says.  To understand Bilbo’s contract with the dwarves, I recommend you read the analysis at http://www.wired.com/underwire/2013/01/hobbit-contract-legal-analysis

Bottom line:  this author shows that the contract has at least 40 major sections and a number of footnotes, codicils and digressions.  It’s worth reading to understand why lawyers are so specific about words and how things can get out of hand quickly.

Takeaways from the Trayvon Martin Case

I was recently interviewed by attorney Stephen Kunen about the famous Trayvon Martin case in Florida. Read the interview here.

So you own 70% of your company and 3 others each own 10%. So you can do what you want right?  WRONG!  In every state I’m admitted in (VA, DC & MD) minority shareholders have rights. Among other things, they have the right to see the tax returns, inspect the company records and be kept informed of the financial status of the company.  This last is a bit vague but it usually consists of getting copies of the quarterly reports prepared by the company’s accountant.

But the majority shareholder (who is likely to be a Director, as well), has fiduciary duties to the corporation (and possibly to the minority shareholder(s), as well, depending on how state law approaches the issue).  In addition, people who are PITA-enabled tend to get upset when they are forced out.  A lawsuit would surely be started arguing that his/her rights and property were stolen.  There’s a good chance they would win too.

Bottom line:  choose your partners and minority shareholders carefully.  Getting married is easy but the divorce will be long, expensive, and painful.

Posted in Uncategorized | Comments Off on Shareholder’s rights

What’s the ultimate compliment for a lawyer?

I’ll tell you:  it’s when another lawyer who was on the other side of a case calls you up and sends you a good case.  Not a bad case or a bad client, but a good case with a good client.  This has happened to me a few times and I always treasure the compliment.  Once the lead litigation partner at one of the biggest firms in Virginia sent me a good case with a good client.  His reason:  he knew I would give the client great service at a fair price.  Another time, one of the most famous lawyers in the United States, who has appeared several times in front of the U.S. Supreme Court and taken the hardest cases, sent me a client.  Why?  Because his firm was too busy and he, too, knew I would do right by his client.

Now that is the ultimate compliment.

Posted in Uncategorized | Comments Off on What’s the ultimate compliment for a lawyer?

An article worth reading.

Posted in Uncategorized | Comments Off on An article worth reading.

In this case, apparently they ruled that, confronted by police, in order to have your 5th Amendment right to remain silent honored, you must speak.  Apparently you must speak and affirmatively invoke your right to be silent and to have an attorney.  You cannot just sit quietly.    This article summarizes the situation.  Pay attention. These are your rights and you must know what they are in order to claim them.

Posted in Uncategorized | Comments Off on The U.S. Supreme Court sometimes makes new law and I don’t notice.

This lawyer clearly has too much time on his hands but it makes for a fun read and illustrates a number of very valid legal points.

Posted in Uncategorized | Comments Off on Bilbo Baggins contract with the Dwarves analyzed.

Should the client be present at others’ depositions?

Certainly you, the client, have the right to be present at the other depositions in your case.  It is, after all, your case.  And you can be useful in taking notes and, during breaks, alerting me, or whoever is your attorney, to errors, omissions, new questions etc. that the testimony raises.  This can be very useful.

But…..  But you being there adds an unpredictable variable to the proceedings.  I don’t know how the other side will react, whether they will get more (or less) emotional on seeing you.  I don’t know how you will react on seeing the other side and hearing the other side’s story.  Clearly, your self-control and ability to play poker will be critical.  If you, the client, are the sort who will interrupt every three questions, derail my train of thought, etc., then you probably shouldn’t attend.

Posted in Uncategorized | Comments Off on Should the client be present at others’ depositions?

You get what you pay for

2 articles in The Atlantic magazine give one pause.  The lessons are for those charged with violations of the criminal law, but apply equally well to what I do.

tells the story of a guy who had a public defender who he had never met and spoken to in any sort of meaningful way.  “In State v. Terrence Miller,four justices of the state supreme court—over a lone dissent—affirmed the conviction of a man indicted on drug charges who met his lawyer for the first time for a few minutes in a stairwell at the courthouse on the morning of trial. The lawyer had not tried a criminal case in seven years and had been appointed to Miller’s case only four days before trial. He never spoke to any witnesses, or to Miller’s former attorney, or to investigators in the public defender’s office. He didn’t know what his client would say on the witness stand.”  Now there is absolutely NO WAY Miller could have been defended.  And there were witnesses in Miller’s favor too.  But the lawyer didn’t call them because he didn’t know.  This, apparently, is OK in New Jersey and with the U.S. Supreme Court.

On the other hand, the same magazine had this article http://www.theatlantic.com/national/archive/2013/10/want-a-fair-trial-pay-for-your-own-lawyer/280857/

This article describes how, despite having the best lawyer money can buy, Michael Skakel (a relative of the Kennedys) got a new trial because of inadequate representation. What were the errors?  A lack of energetic investigation and coherent plan o defense that was well executed.  Huh?

Anyway, be aware:  If you want a fair chance, hire a lawyer, meet and work with him, and fight hard.